'Crossing the Chasm’ from Early Adoption to Early Majority in DIOS

Digital Intraoral Solutions, or DIOS, has been proven to provide diagnostic advantages and accelerate workflows. Its influence has become a central part of today’s dentistry, creating a better experience for both the clinician and patient. Due to its growing acceptance, the world of DIOS is fast reaching a critical point in its adoption. I know from my research across the UK, Nordics, Baltics, the Middle East and South Africa, that the market has proceeded swiftly past innovation and is now reaching the latter stages of the ‘early adopters’ sector.  So long to hunting down Jedi early adopters- such as the two pictured here:

Dr. Jan Einfeldt and Dr. Jas Gill. Dr. Gill, for example, has a digital date of birth of November 2016 and has now scanned more than 500 cases. 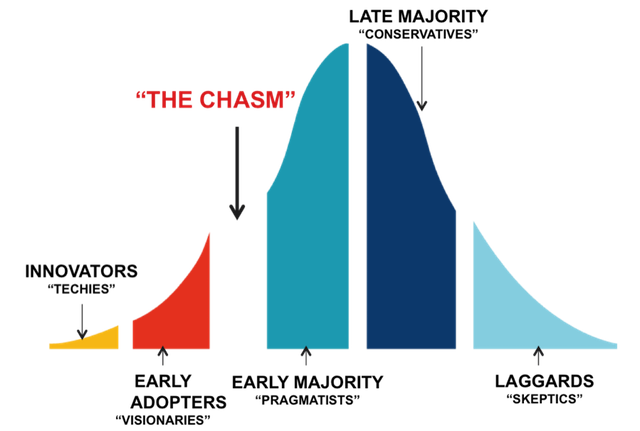 The next step on the disruptive technologies adoption curve may seem like an automatic progression. However, this presumption would be a mistake, because the nature of the buyer who occupies the ‘early majority’ will change. With a shift in the buyer profile, the challenge of selling comes to rational purchasers rather than emotional purchasers. Early majority purchasers do not heed peer-to-peer endorsements from dental technophiles; they seek business reasons for purchasing.  As we enter the early majority sector on the disruptive technologies adoption curve, we must be aware of ‘crossing the chasm’ from early adoption to early majority. To cross, we must acknowledge an important factor: buyers in this category have a different set of purchasing requirements for early adopters and innovators. I have consulted with over 160 dentists to date and inquired whether they purchased DIOS as a want or a need. Eighty percent stated it was a want, and therefore, an emotional purchase. The market is reaching the end of the early adopter category, who largely buy emotionally. We should be under no illusions that to be successful in selling to ‘pragmatists’, intraoral scanners must sell treatments.

We should also be aware that after purchase, a new user is still wary of their leap into the digital world. This wariness can be quite prolonged. After all, the dentist may have spent the last 20 years using silicones/polyethers. So, why should we expect to sever that elegance immediately? They have shown their trust and belief in the ‘new world’ by purchasing, but that trust is only embedded over time. However, bad habits can ‘creep’ in. As an example, I recently met a dentist who wanted to return her intraoral scanner, claiming that the occlusion was totally unusable. I evaluated the equipment and saw immediately that the dentist had only captured the occlusion on one side of the arch. At that point, I wanted to find out if the person who trained the dentist had possibly misinformed her. Once I imported earlier .CSZX files, I discovered that all occlusions were captured correctly (both sides of the arch). In the end, there was nothing wrong with the intraoral scanner; the dentist simply began to develop bad habits that prevented her from producing the intended results.

As a speaker at the IDDA (International Digital Dental Academy) 1st International Conference, I will be taking dentists through adoption rates, reasons for purchase, type of purchaser, and highlight software advancements which that will help sell treatments, and so enabling us to ‘Cross the Chasm’. I will also be covering the importance of good initial and follow-up training and the consequences of each of these being poor. Not only will I discuss scanning techniques, but I will also be presenting the new 3D printed training models (see below). 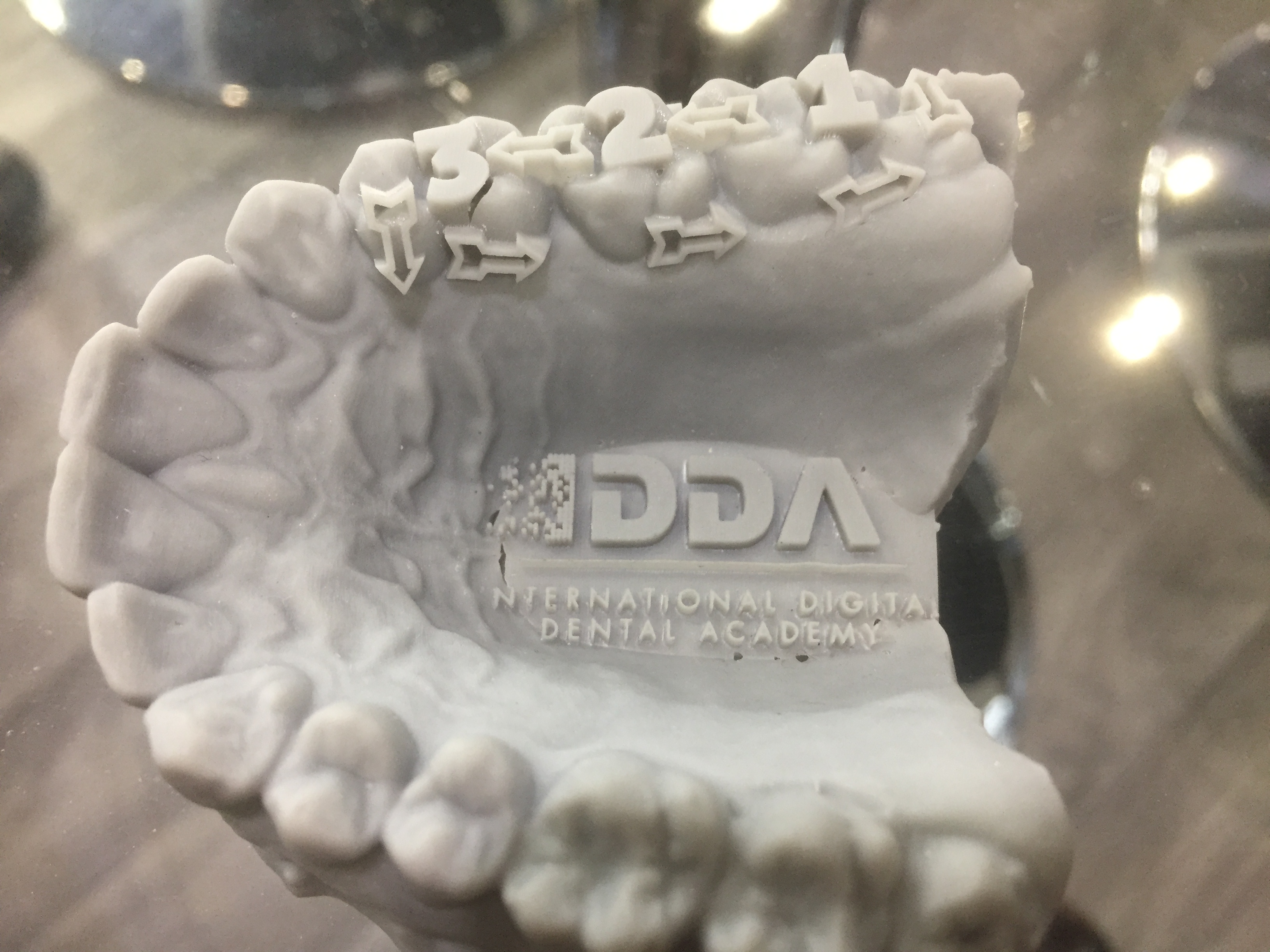 Lastly, I will present an early majority ROI calculator. Traditionally, ROI calculators focused on material savings of impression material and time procedure savings. The ROI calculator I have devised considers the ROI impact of selling treatments. A second consideration is that some labs are significantly reducing prices of full-contour restorations, which are manufactured model-free. I have incorporated this into the ROI calculations.

The IDDA conference will take place on November 3rd, 2018 at the Bridgewater Hall in Manchester, U.K. This one-day event will include me and eleven other international speakers who will be focusing on trending topics within digital dentistry. The event also includes an extensive exhibition to showcase the newest digital technologies. In 2019, I will be assisting the IDDA on workshops on ‘IOS and ROI’- which will offer hands-on scanning as well as business coaching. Details will be announced on the IDDA website http://idda.org for more information.

David Claridge has over 30 years’ experience in the dental industry. He is the CAD CAM Product Specialist and Business Manager for Carestream Dental Ltd, covering the UK, Nordics, Baltics, Middle East and South Africa. David also holds positions with the International Digital Dental Academy, as Director of IOS (ROI), and is a committee member of the British Dental Industry Association. David writes bi-monthly articles for the Dental Laboratory Journal. Prior to his corporate career, David owned a dental laboratory, and is a qualified dental technician. 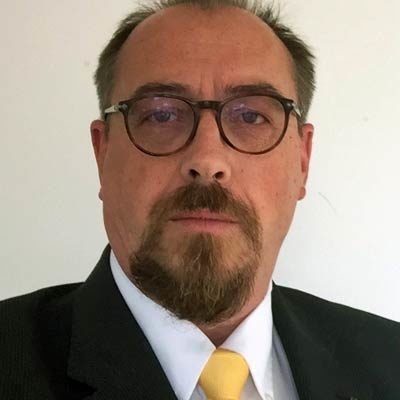